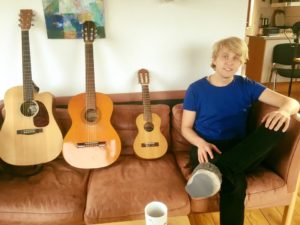 The Radar Post has released his new single “Lifeline” which you can check out below. Citing bands such as Deerhunter and Raveonettes as influences on “Lifeline,” his upcoming album A Good Adjustment To Reality (set to be released in 2018) has hints of bands such as Radiohead influencing the direction of the album. Talking about overcoming a dependence on alcohol on “Lifeline,” member Esben Svane says “This track is retrospective of a time before I realized alcohol was taking the best of me.” It was hard to realise how I had lied to myself for a long time… It was a crazy recognition process… So at the same time it’s a song about hitting rock bottom and also about love. Give in to it. Change for it – change for the better.”