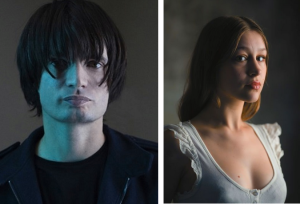 Radiohead have released a previously unrecorded song called “Spooks” which will be appearing on the soundtrack for the upcoming Paul Thomas Anderson film Inherent Vice. While the song originally surfaced in 2006 at a Radiohead show in Copenhagen, this re-worked version includes Jonny Greenwood, Joanna Newsom (who appears in the movie), Dany Goffey, and Gaz Coombes. You can listen to the song here.