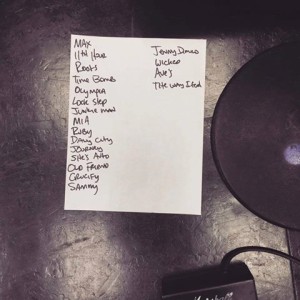 Rancid posted the above picture on Twitter, which looks like they are hinting at something. For those who aren’t familiar with Rancid, these are songs from their album …And Out Come The Wolves which was released 20 years ago. It’s possible that an anniversary tour is in the works.