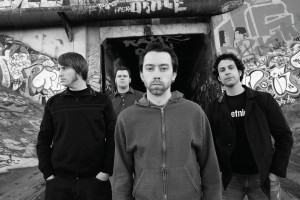 Rise Against will release their new album The Black Market on July 15, which will be the follow up to the bands last album Endgame released in 2011. The albums first single “I Don’t Want To Be Here Anymore” will be released on June 10th.

Front man Tim McIllrath had this to say about the record. “The Black Market focuses on the cost of self-awareness. Rise Against has always been a political band, but also a personal band. We’ve always had songs that have a foot in both worlds. This album is a lot more introspective to me.”