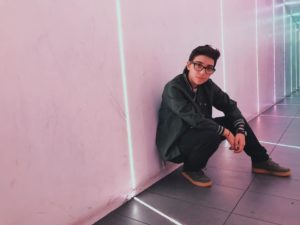 Ryan Cassata has announced the release of his new album Rebels & Ghosts, due out in two weeks. The album will feature 14 new songs and is the followup to his latest album The Witches Made Me Do It, released earlier this year. You can see the cover of the album below, via Cassata’s Instagram page.