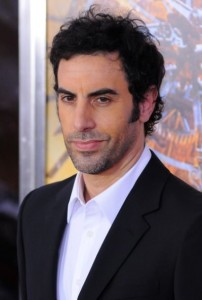 Yesterday, word got out that Queen manager Jim Beach had  announced that Sacha Baron Cohen would be writing, starring in, and directing a film about the late Queen front man Freddie Mercury at the Artist and Manager Awards. Well, it looks like Beach was joking.  According to Queen guitarist Brian May,  that along with Cohen’s possible writing credits, it looks like some people thought that he would be starring in all four of the movie’s main roles, which Beach thought some people had taken seriously.

There is no word on who will actually be playing Mercury when a movie does come out.