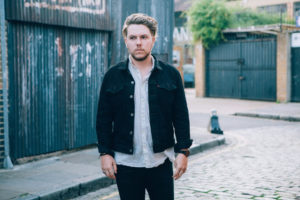 British musician Saint Raymond has dropped his latest single “Nightcrawling” which you can check out below. The track will appear on his upcoming album A Light That Blinds, out on November 17th. Talking about the song Raymond says, “I really enjoyed writing ‘Nightcrawling’. During the writing process I was aiming for something that was a bit heavier than what I usually do, and driven by the bass. Lyrically I was inspired by a friend who was going back to see their ex after a night out drinking and the song came together quickly in a day.” Saint Raymond released his debut EP Escapade in 2013.