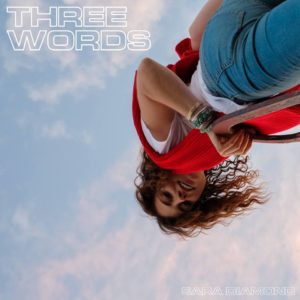 Montreal, Canada vocalist Sara Diamond is streaming her new song “Three Words” via her Soundcloud, which you can check out below.

When talking about the song’s inspiration Sara says, “Three Words was inspired by the frustration I felt from love being thrown as a word, and not an action. It was produced by Austin Tecks and Noah Barer, with additional production by Lowgo. Recording the song was fun, because I was able to get up there in the emotions and really go for it. It’s not an angry song…it’s a powerful song. About understanding my worth after the fact and knowing where to put my foot down with love. I hope people will recognize their worth in listening to the song. I tried to capture the resentment and frustration that comes from feeling like you were cheated in respect to love. Words can only go so far, and if this song can spark that for people, I’m good to go.