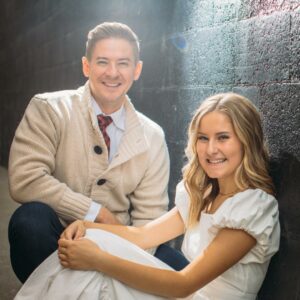 Savanna Shaw of Mat and Savanna Shaw has released her solo track “She Used To Be Mine,” from the musical Waitress. During the duo’s tour last year, Savanna and her family was able to catch Waitress during their stay in New York. So inspired by the song, Savanna chose to add it to the group’s set list for their remaining performances. Several weeks ago, her dad Mat also released a solo performance singing “Bring Him Home” from Les Miserables to help support those in Ukraine.

Listen to Savanna sing “She Used To Be Mine,” below.