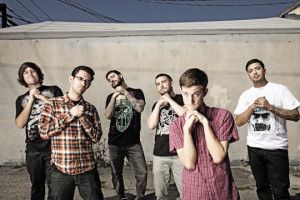 Set Your Goals vocalist Matt Wilson has posted an update to the bands Facebook page about what they have been up to. You can also read the update below.

On a related note, I’ve gotten a ton of angry messages asking for an answer on the status of the band. The truth is, we just don’t know the future for certain and don’t want to get people’s hopes up or give any information that could end up being untrue. As a band, we are laying low for a while and busy individually with our adult lives. We haven’t “broken up” per se, we’re just focusing on other things for the time being. Here’s what we’ve been up to:

-Dan got married and will be moving to Atlanta, GA, next month.
-Joe recently moved to Portland, OR, and plays in a band called Great Collapse
-Jordan returned to school and is pursuing film. He still needs another surgery before he can resume full use of his Achilles’ tendons again, as far as I know.
-Mike started ambrosewoodworks.com and builds high end tables, and plays in U.S. Light Brigade and What’s Eating Gilbert.
-Audelio had a daughter named Olivia, works for Glad Rags, and plays with What’s Eating Gilbert.
-I run a record label called Calaveras Records and started a band called Chains. I also work for Snoop Dogg doing tour merchandising and production.

Hope that answers some of your questions.