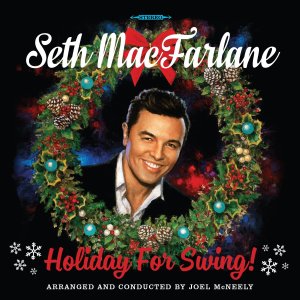 Seth MacFarlane, creator of Family Guy will be releasing a Christmas album called Holiday For Swing! on September 30th. You can find the track listing and album information below.