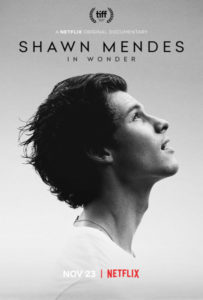 Shawn Mendes has announced the release of his upcoming documentary In Wonder, due out on Netflix on November 23rd, a little over a week before releasing his fourth album Wonder. The documentary will focusing on Mendes’ life and touring over the past few years. You can watch the music video for “Wonder” below.