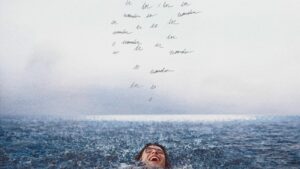 Since entering the music scene in 2015 as a viral Vine star, Canadian musician Shawn Mendes has grown into a performer who has stood the test of time despite his young age. Consistently evolving with each release, he released his debut LP Handwritten in 2015 and now with his latest LP Wonder. Mendes has done it again with an album that pushes the boundaries of his career, cementing him as an artist that is not losing steam anytime soon.

Opening with the forgettable opening track “Intro,” Mendes launches straight into the record’s lead single and title track, with a much larger and expansive sounding track than on previous records. Sounding different than any of his previous singles, it is clear Mendes is growing up. Following with “Higher” and “24 Hours,” Mendes is clearly in a different place than he was on his third album, which was self-titled, as he looks forward to the next chapter in his career and life with bliss. Now in a long-term relationship with Camila Cabello, formerly of the girl-group Fifth Harmony, Mendes talks about Cabello and their relationship, a stark contrast from previous songs, which discussed wanting to be with Cabello, as he harbored a long-time crush on her. While neither track feels like single material, long time fans will dig both songs.

Tracks like “Dream” show Mendes and his artistry, showcasing his talent as a vocalist and a songwriter that can write a song with musical depth, something that was lost in the previous songs on Wonder, as they feel a bit bland, compared to previous songs on his earlier releases. “A Song For No One,” is the oldest track on Wonder, as it was written nearly three years prior to the album’s release. Written while Mendes was drunk and wishing he were with Cabello, “A Song…goes back to what Mendes does best. With a finger plucked track and Mendes vocals, it reminds his audience why they fell in love with him in the first place. This stripped back sound is what makes Mendes so great, while feeling incredibly raw. We get to hear his talent and creativity, as Cabello once again takes over his songwriting topics.

Following is “Monster,” a collaboration with fellow Canadian Justin Bieber, and as the pair talk about being put on the pedestal of fame at an early age (Bieber found fame at the age of 14, with Mendes following about five years later,) both vocalists give a standout performance, and as Bieber continues to successfully repair his tarnished public image, “Monster” is a welcome track, and the latest in a string of collaborations and new music from the singer.

Ending Wonder with “Can’t Imagine,” Mendes has created an album that takes fans to a different place than previous records, and while its not as bouncy and polished sounding, Mendes still has a long career ahead of him as the 22-year-old is just getting started.

Listen to “Dream” below.