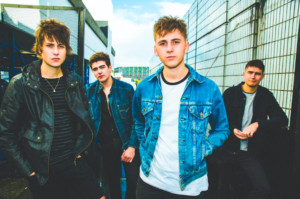 British indie band The Sherlocks has released their latest track “Live For The Moment” which you can check out below. The group will be releasing their new album of the same name on August 18th. The Sherlocks began their UK tour on the 15th and will be performing again on July 21’st at the Georgian Theatre in Stockton-On-Tees, in addition to supporting Kings of Leon and Richard Ashcroft on upcoming arena dates. You can check out the dates below.