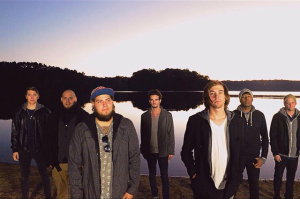 North Carolina metal band Valleys have released their new single “Mountains Meet Oceans” with a brand new lineup consisting of seven members. While the band was formed in the spring of 2013, the group went through several lineup changes, all while releasing their debut EP Reborn. Now that the band has a solid lineup, they decided to release “Mountains Meet Oceans” as a single for excited fans. “Mountains” is full of nonstop energy, raw talent, and a catchy vibe that metal fans will have a hard time getting out of their heads. The band has also signed a new management deal with Brace Yourself Management, and will be gearing up for a regional tour as well as releasing more new music in 2015. If you would like to listen to “Mountains Meet Oceans” you can do so here.