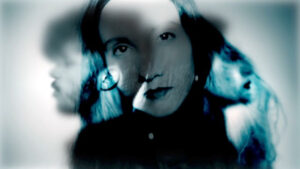 US/UK based band Sister Psychosis has dropped their latest single “Beside Myself” which you can watch below. Inspired by front woman Amanda May’s encounter with Oasis member Noel Gallagher, and May’s time in Manchester, England she stated the following about the track’s story: “The lyrics were inspired by my encounter with Noel Gallagher meeting him in Toronto. I got to meet him, hang in his dressing room and watch the gig from side stage so I was pretty happy. He was such a cool dude. So friendly and humble. When he introduced himself to me I found it so bizarre. Like of course I know who you are mate! A few months later, I had just finished my contract as a PR girl at an artist management company in Toronto and had nothing to do, so I flew to the U.K. on my own and just sorta drifted around. No accommodation booked. Didn’t know anyone. Just on the hunt for adventure and I got it… I just did a bit of a ‘Madchester’ / Brit pop tour that I found online and that flat was one of the stops people recommended. It was there I wrote ‘Into Your Memory’… Meeting Noel, I realized that my dream of signing to Creation wasn’t that far fetched, if I could pull off what I did that night.”.