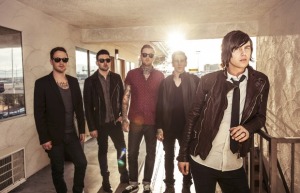 Sleeping With Sirens have released a new song called called “Kick Me” which you can see here. It also looks like the band has signed to Epitaph Records, as the new music video has been uploaded to the Epitaph Records Youtube Channel. The band was formerly signed to Rise Records, and released three full-length albums and one EP with the label.