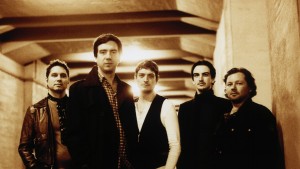 Snow Patrol has released their new single “Don’t Give In,” their first new material in seven years. Their last LP Fallen Empires dropped in 2012. “Don’t Give In” will appear on the group’s new record Wildness, out May 25th. They will begin a short tour of the UK, United States, and Ireland on April 11th in London at Islington Assembly Hall. The rest of the dates are below.