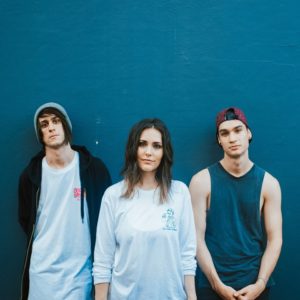 Stand Atlantic has released the music video for “Sidewinder” which you can see below. Talking about the song’s lyrics, the band’s guitarist Bonnie Fraser says the following about the song, “”Sidewinder” was written as a reminder that if you love someone, it’s important to acknowledge and accept differences between each other. Never compromise who you are just to try and change something you can’t.” The band will be dropping their new EP Sidewinder on September 15th, via Rude Records.