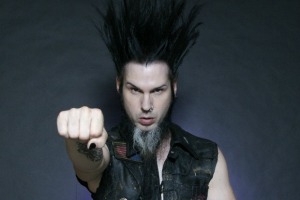 Static-X front man Wayne Static has passed away from a possible drug overdose at the age of 48. He would of turned 49 on November 4th. Static’s publicist has released the following statement:

November 1, 2014 – Platinum selling musician Wayne Richard Wells, better known as Wayne Static, passed away at the age of 48. Wayne Static was the enigmatic former frontman and namesake of Static-X, who later forged a successful solo career. Wayne was scheduled to co-headline tours with Powerman 5000 and Drowning Pool over the next several months. No additional information is available at this time.

Wayne Static (born Wayne Richard Wells) founded Static-X in 1994. The band would go on to release six albums, with Static releasing a solo album called Pighammer in 2011. He would of started his next headlining tour with Powerman 5000 on November 6th in Waterloo, Iowa.

Thanks to Alternative Press for the above information.