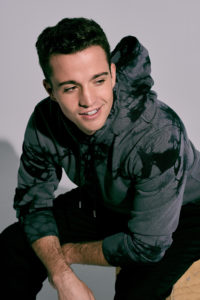 Stephen Puth, brother of singer, Charlie Puth, has released his new single “Look Away.” Talking about the song and working with his brother Puth says,“’Look Away’ is about that moment leading up to the end of a relationship. When I wrote this song with Charlie, we wanted to talk about something universal that almost everybody goes through in a breakup. Reflecting on our own, we came to realize that before any break-up, there is that fight that ends in silence. “The song means a lot to me, not only because it’s real, but it’s also the first song I’ve ever written with Charlie. It’s hard to open up about emotion and make a great song out of it. Charlie’s musicality and ability to craft a great song made me a better songwriter, and pushed us both to make a meaningful story out of a small moment.”