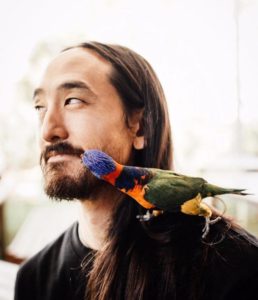 Steve Aoki has dropped his latest music video for the single “Waste It On Me,” featuring an appearance by Korean K Pop band BTS.

Talking about the impact of the song, Aoki says, “When I found out that  ‘Waste It On Me’ was the number one song in the world on Apple Music I realized that this track represented more than just me and BTS.” “It’s bigger than music, it represents a Korean band and one Asian American DJ that can show other Asians they are also apart of the global commercial musical landscape. I feel so deeply about the Asian footprint in music culture that I wanted the music video to have an entirely Asian cast and director. The video tells the story of “Waste It On Me” in an incredibly funny, witty, and clever manner. I want to give a big shoutout to all the incredible actors and people who made this video happen: Joe Hahn, Jessica Lu, Ben Baller, Devon Aoki, Jimmy Yang, Ross Butler, Ken Jeong, Jamie Chung, Jinny Chung, Jared Eng, Steve Aoki, Tiffany Ma, and everyone else. Please watch and enjoy the music video.”