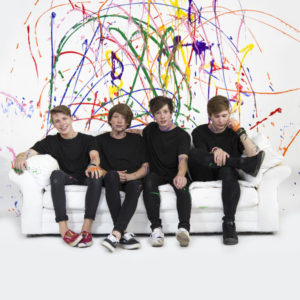 A Summer High has released the music video for their latest single “Pretty Little Liar” which you can check out below. Releasing their debut EP of the same name on July 21’st, the band commented on the video by saying, “Pretty Little Liar’ was written to be a fun, upbeat song that all of us relate to. We all know that ‘popular’ person who lives a lie and makes everyone else’s life miserable. Kyle Hines (our director) captured the exact feel we wanted for the music video and having the opportunity for Colleen to play the female role in the video was incredible.”

Casting Youtube phenomenon Colleen Kelley as the female lead, she also offered her thoughts on the video by saying, “Working on set with A Summer High was insanely impressive. As a YouTuber I can understand the struggles of organizing a plot and conveying a story through video, but these boys made it look easy. Not only was I impressed with the boys ability to build a vision together, but the overall chemistry between them was a dream to spend the day with.”

If you would like to pre-order the EP, you can do so here.