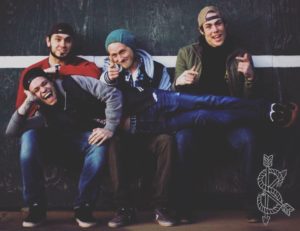 Atlanta pop band Survival Kit has released their new single “Valedictorian” which you can check out below. Talking about the track the band says, “Valedictorian” is written from the perspective of a person who suspects his or her spouse is fooling around with someone else. They see all the signs, but the spouse continues to hide what’s happening because they think they can get away with it. That’s why the title of the track became Valedictorian. The spouse thinks that he or she is smarter than the rest. The main character is basically saying that they are not a fool and they can see everything that’s going on in clear view.”

The bands last release Hard Work & Dedication was released in 2016.