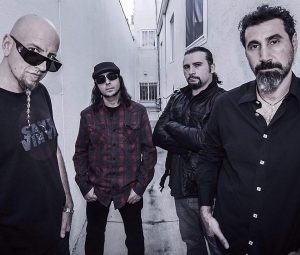 System of a Down have announced a world tour in memory of the 100 year anniversary of the Armenian Genocide happening in April. Called the Wake Up The Souls tour, the tour will begin London, England at Wembly Arena. You can find the dates below. For ticket information you can head to the bands official website.