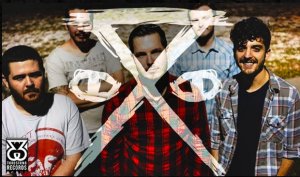 Take It Back! have reunited with original guitarist Zack McKim and will be releasing a new album in 2015. The band formed in 2006 and released their first album Can’t Fight Robots in 2008. A year later they followed up the album with a record called Atrocities. To celebrate the reunion the band is selling new shirts in the Third String records merch store, who are releasing the bands new album. The shirts are on sale for Black Friday.