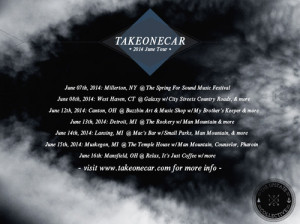 Take One Car has started a tour that will be going for the next several weeks. The dates are below. Their untitled third album will be released later this year.