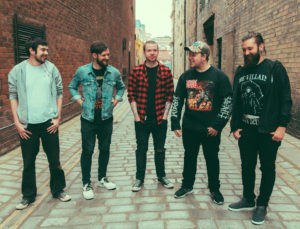 Glasgow metalcore band Tenements has released the music video for their new single “The Fear,” which you can watch below. Inspired by the someone’s heavy drinking, the band says about the track, ‘The Fear’ is based around the paranoia caused through excessive drinking. It tells the tale of an inner monologue of someone struggling to face their demons while they’re convincing them the true problem lies in others.”