The 1975 have announced the release of their new album I Like It When You Sleep, For You Are So Beautiful But So Unaware Of It, which you can pre-order here in the UK. The band have also announced a residency style tour for UK fans that includes a pre-sale opportunity for all dates on the tour. The records lead single will called “The Sound.” 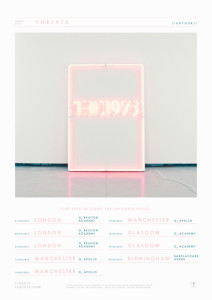