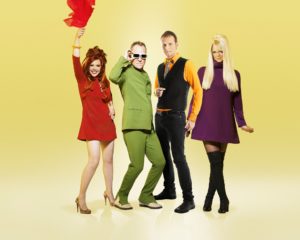 The B-52’s will be heading out on their 40th anniversary tour beginning on May 27th in Cincinnati, Ohio at Taste of Cincinnati. Culture Club will be the opening act. Getting their start in Athens, Georgia in 1976, the band would on to have such hits as “Dance This Mess Around,” “Private Idaho,” and “Roam.” You can see all dates below.