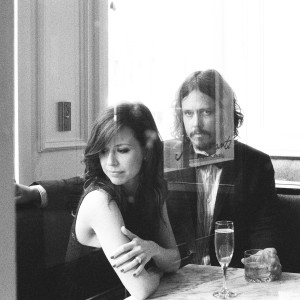 Earlier this morning, The Civil Wars announced their breakup. The duo went on hiatus in 2012 and released their last album, which was self titled, in 2013. As a farewell to their fans, the band has released a cover of “You Are My Sunshine”, originally released in 2011 on the limited edition Barton Hollow 7 inch vinyl, and the track has now been released in America for the first time digitally. Band members Joy Williams and John Paul White have released the following statements on the bands breakup.

Joy Williams: “I am saddened and disappointed by the ending of this duo, to say the very least. JP is a tremendous musician, and I will always be grateful for the music we were able to create together. I sincerely hope that ‘You Are My Sunshine’ will be accepted as a token of my gratitude for every single person that has supported our duo throughout the years. I’m so thankful and my heart is full. Looking ahead, I’m excited to share the music that I am writing and recording in the midst of this difficult transition. I’ve loved being back in the studio, and have missed performing live. I look forward to seeing you soon.”

John Paul White has also said the following, “I would like to express sincere thanks to all who were a part of the arc of The Civil Wars—from the beginning, to the end, and all points in between. My deep appreciation goes out to all who supported, disseminated, and enjoyed the music. Whatever shape or form the next chapter takes, thanks for being a large part of this one.”

You can hear “You Are My Sunshine” via the bands Soundcloud page at their website.