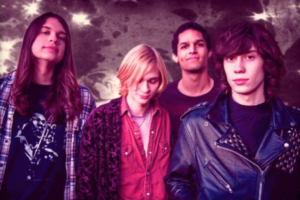 Austin, Texas band The Cuckoos have released the music video for “Heartbreak Paradise,” which you can watch below. Keyboardist Kenneth Frost says the following about the track, “It’s about a place for all the people that have fallen in and out of love.” “It’s a place that serves as a temporary fix for those longing for love but who are unable to move on from what they’ve lost.”

The Cuckoos will be opening for Swimming With Bears on their spring tour starting May 4th in Dallas, Texas at Three Links.