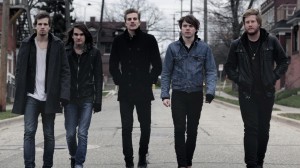 The Maine have announced that they will be releasing a documentary this summer focusing on their time in Manila while they toured with This Century and Nick Santino. In addition, the group have also announced two Texas shows in Dallas (5/19, Club Dada) and San Antonio (5/20, Kapones.) Tickets go on sale Friday. You can watch the documentary trailer below.