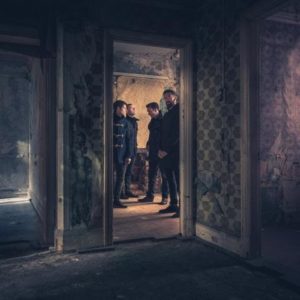 The Slow Readers Club has released the music video for their latest single “Supernatural.” The track appears on the British band’s new album Build A Tower. Talking about the new single frontman Aaron Starkie says, “Lyrically, ‘Supernatural’ is about love and vulnerability and the anxiety that comes with surrendering yourself to someone. Musically, it felt like new territory for us when we wrote it – you can hear a progression in our sound, and it’s one of our favourite tracks on the album.” The band will be touring the UK throughout October and December. All dates are below.