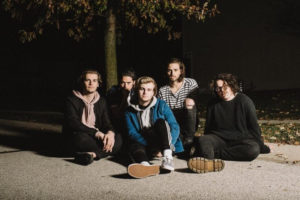 The WLDLFE has shared the music video for their new single “I Don’t Mind,” which you can watch below. Originally released on Valentine’s Day, front man Jansen Hogan says about the song, “I wanted to write a song that told an honest story while still having that memorable hook and instrumentation.”  “I was coming out of a heartbreak and met my girlfriend soon after. I was a bit hesitant to commit to the relationship, and this song is ultimately the story of me falling into it.” The song is the lead single from the Indiana group’s forthcoming album, set for release later this year. It is the followup to 2017’s I.L.Y.