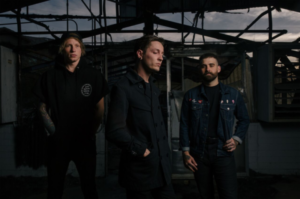 The Word Alive has shared a new song titled ‘Why Am I Like This?” off of their upcoming record Violent Noise, their fifth album due out May 4th on Fearless Records. Talking about the meaning behind the song, front man Telle Smith says, “Why Am I Like Is?” is about “pursuing something that more than likely you know you shouldn’t or that might not be the healthiest choice for you. The last two years I experienced making choices that took me further away from who I wanted to be, and I was living in the moment with no regard for how it would effect me or someone else. It’s about finding that person who is kind of the devil on your shoulder, and you want them to tell you what you’re doing is ok so you can rationalize it and justify it.”