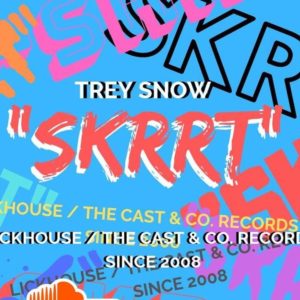 Los Angeles based hip hop artist Trey Snow has released his new song “SKRRT,” which you can check out below. Starting to write and record music in early middle school, Trey received exposure to music outside of his own taste through performing in the school band. He is originally from Oakland, California.