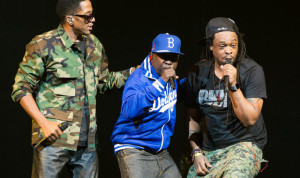 A Tribe Called Quest will be releasing their still untitled new album in two weeks as announced on social media by member Q-Tip. After reuniting for an appearance on The Tonight Show last November, the group was inspired to head to the studio to record the follow up to 1998’s The Love Movement. This will be the bands final release.