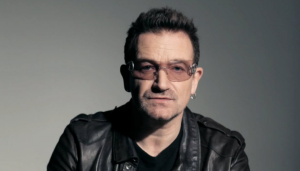 U2 has cancelled their week long residency on The Tonight Show Starring Jimmy Fallon which was scheduled to begin on Monday, after Bono had a bike accident while riding in New York’s Central Park. A message was posted to the bands official website saying that Bono was headed into surgery for injuring his arm and that the band hopes to reschedule with the show soon.