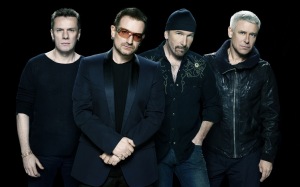 U2 will be releasing a new album titled Songs Of Experience with the lead single “You’re The Best Thing About Me,” being released to radio on September 8th, according to The Irish Sun. The band’s last record Songs of Innocence dropped three years ago. The new LP will be out on December 1’st. The band are currently on their Joshua Tree anniversary tour in the United States.