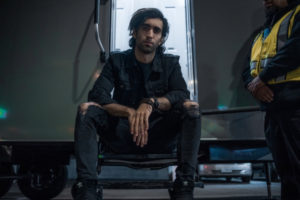 Los Angeles electronic artist Unlike Pluto has released a new double single titled Fake Smiles, Real Memories with the songs “Jolt” and “Why.” Talking about the inspiration behind both tracks, Unlike Pluto says, “I wrote Fake Smiles, Real Memories to try and describe erasing someone or something you hold dear to your heart and never being able to fill the empty hole inside” explains the Los Angeles based artist of the release “JOLT was inspired by one of my all-time favorites movies Eternal Sunshine of the Spotless Mind and the TV show Black Mirror.  I thought to myself, what if you could remove horrible traumatic memories from someone, and how could that go wrong, what if you wipe all your bad memories? On the other hand, WHY is about being unable to feel any emotions no matter how much you want to. I paired this song with JOLT because I imagined a scenario where you wipe the memory of an ex, but afterwards feel an emptiness inside you and going crazy because you’re unable to fill the void.”

Both songs are out now on Lowly.