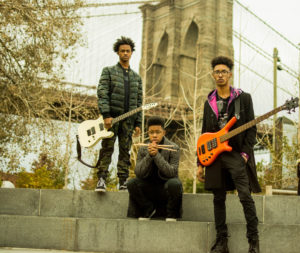 Unlocking The Truth has released the music video for their new single “My Chains” off of their debut LP Chaos, which was released last year independently. The teenage metal band became famous a few years back after videos of them playing on the streets of New York City went viral, with Sony offering them a seven-figure deal, which the band declined. You can watch the video below, via Loudwire.