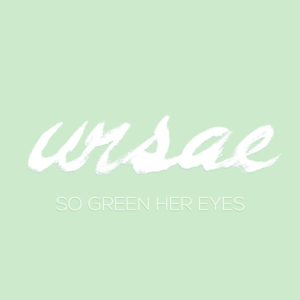 NYC vocalist Andrew Campbell, also known as Ursae, has released his new single “So Green Her Eyes” which you can check out over at Pancakes and Whiskey. In an interview with Pancakes and Whiskey, he provided the inspiration behind the song saying, “So Green Her Eyes” imagines Death as this girl I had a crush on in high school, but was way out of my league.  I thought about her all the time, but it never would’ve worked out.  The song looks at depression and loneliness and says, “You might fantasize about Death, but it’s not right for you.  Be with someone you deserve.”