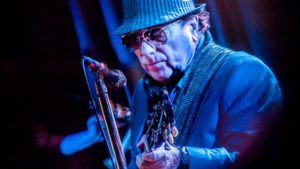 Van Morrison will be releasing his new album Keep Me Singing on September 30th. This record is a followup to his 2015 LP Duets: Re-working The Catalogue. To support his latest release, six tour dates have been announced. The tour will begin on October 9th in Queens, New York at Forest Hills Stadium. Check out the dates and track listing below.