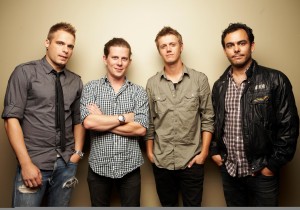 Absolutepunk is premiering a live performance of Cartel playing the song “Runaway” from their album Chroma. Due to the album’s 10 year anniversary, the band will be heading out on an anniversary tour this spring. You can click the link above for tour dates, a press release about the tour, as well as the rest of the acoustic videos the site has been premiering over the past few weeks.