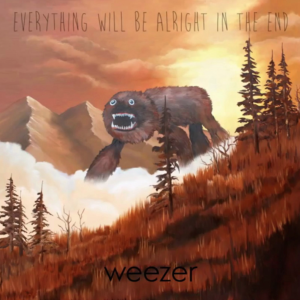 Weezer has released a new song titled “The British Are Coming” from their upcoming album Everything Will Be Alright in the End set to be released on October 7th. You can listen to the song via Alternative Press. Along with the release of a new song, the band has also announced tour dates which you can see below.

*Full album performance of Everything Will Be Alright In The End