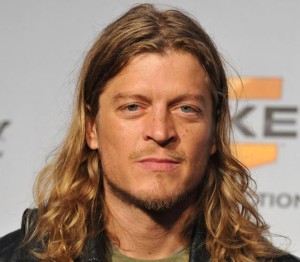 Puddle of Mudd front man Wes Scantlin was arrested hours before the bands show in Denver at the Denver airport for riding the baggage carousel. According to the show’s promoter, Scantlin was bailed out of jail by a fan.  Despite his arrest, the band did make it to the show, however the promoter has posted on Facebook  saying that he will never book the band again.