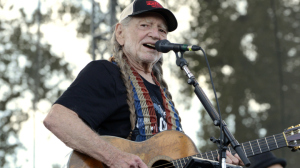 Willie Nelson will be hosting a new television show called Inside Arlyn, which will see Willie inviting musicians into an Austin recording studio for interviews and performances. A season of 13 episodes is set to air, with Merle Haggard and Gary Clarke Jr being just two of the shows first guests. The show is currently without a distributor, though several cable outlets are interesting in airing the show.