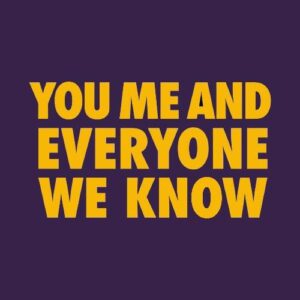 For those of you who are ready for a nostalgia trip, You, Me, and Everyone We Know has announced the release of their first new album in a decade with Something Heavy, set to drop on September 17th. The band’s latest single “draggedacrossconcreate,” featuring an appearance by Mannequin Pussy member Colins Regisford, is out now. The Washington DC based band released their debut album Party For The Grown and Sexy in 2008.  You can listen below.