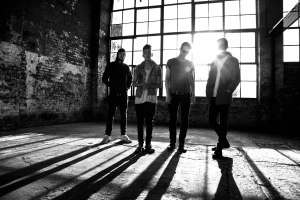 The 1975 has gone all white on their social media accounts. If you haven’t been following the band over the past few years, they do this every time they are ready to release new music. Frontman Matt Healy has titled their next album Music For Cars, the third album in the band’s discography and to the followup to their second album I Like It When You Sleep, For You Are So Beautiful, Yet So Unaware Of It, released in 2016.